Hi, what are you looking for?

If you currently have a website or blog on the internet, you may have heard of connections FTP, FTPS and/or SFTP, but probably never stopped to think what these three acronyms mean and what they are for. After all, most entrepreneurs, even those who created their own websites, may not have used these three protocols existing.

The fact is that it is worth knowing these three elements that are very useful for both programmers and entrepreneurs and, in some cases, can even save your website or blog if there is a script error or hacker intrusion in your application. So let's meet them?

As the name reveals, FTP is a file transfer protocol. This means that FTP creates a communication channel between your computer and the server that hosts your website so that you can send the data you want to allocate or make changes to it.

Why is that so important? Well, let's imagine you have a website on WordPress, one of the most famous and used CMS globally. Imagine that when editing your site, you accidentally end up deleting an important line of code (in “functions.php“, for example) and your website get off the air. Without access to the WordPress dashboard it is impossible to go back to the CSS editor to remedy the error.

In this case, one of the solutions is to access it via FTP connection! There you will find everything on your hosting, including the folder with WordPress files. Then you just have to find the problem, fix the code or simply delete the template folder and start again, or better still use your backup to send them again. However, the FTP connection is not a secure connection and can be intercepted by malicious users.

FTPS is nothing but a FTP with an extra layer of SSL security. The information transmitted between the two channels (your computer and the server) do not have a security feature that exclusively takes care of this transmission. On FTPS, for example, everyone the data is encrypted using SSL technology (Secure Socket Layer). In practice, this means that the information becomes a kind of enigma when it leaves your computer and is only decrypted when it reaches the server.

This way, even if someone manages to intercept the traffic with the intention of stealing data, they will not be able to read the information. There are two types of FTPS, the with implicit and explicit SSL. In the first, all connections must be protected by encryption. Any attempt to transmit or receive information outside of SSL are rejected by the server. In the second, the client (as his computer is called) can choose what information he wants to be encrypted.

the SFTP resembles FTPS because both offer extra protection to files and changes being made to the hosting. However, SFTP uses SSH technology (Secure Shell) to authenticate the contact and establish a secure connection between the machines that are about to communicate.

SSH is another cryptographic network protocol that aims to provide a secure connection for exchanging data and is widely used in the case of remote logins for accessing computer systems. When transmitting with SFTP, the information is not transmitted over direct stream channels, but packed in ssh.

The user can also configure private keys to tighten security while data packets are sent from your computer to the server. Taking advantage of the "hook", the platform of my startup: the blenner, offers only SFTP connection in all plans, as it is considered to be the most secure for the customer.

Hope this helps! 😀
Leave your comments and share with friends! 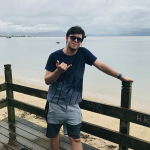 My name is Juan de Souza, I'm 22 years old, I'm a businessman, investor, blogger, streamer and podcaster. I started my first business at the age of 10, using a dial-up connection in Brazil. Founded businesses such as TFX, Juan de Souza Media, Coliseu Geek, EcoVision, among others.

See what we recommend DevSchool for you: